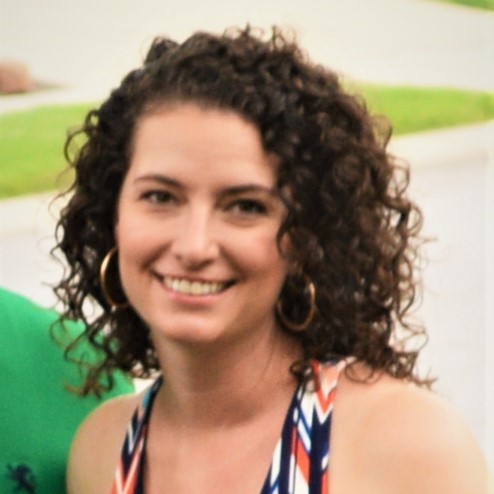 I was diagnosed with Multiple Sclerosis (MS) in 2016.

Although 6 years have passed, and my memory is not what it used to be, I can still remember the year leading up to my diagnosis. I remember the series of bizarre health problems, being dismissed by my primary care provider (PCP), changing providers, the tests I went through to obtain a diagnosis, and the emotional trauma of receiving the confirmation that I have an incurable chronic illness.

MS started attacking my body years before I had recognizable symptoms. Even in the few years leading up to my diagnosis, I had multiple shingles infections followed by episodes of numbness and tingling in both my feet. Each episode of numbness and tingling traveled farther up my legs and lasted longer than the time before. Some episodes of numbness and tingling lasted over a month. I experienced back pain, making me think I had pulled a muscle or strained my back. At one point, we even purchased an inversion table for me to try to see if that would alleviate any pain or numbness. My PCP at the time, brushed my concerns aside. She said that summer was on its way, so the shingles shouldn’t keep popping up, and I probably did just strain my back. She advised that I, “Take it easy and don’t worry too much about any of it.” Eventually, there came a day when the pain in my back was so severe, I went to urgent care to get something to just get me through the weekend. I had kid’s games I wanted to attend, and I was in my mid 30’s for goodness sakes, I wasn’t about to sit in a recliner with a back ache.

I do not know how many years of ability the urgent care physician on call that day saved for me, but I do know that without his encouragement and action, I would not have been diagnosed in 2016 and things would have deteriorated much further before I would have had help.

The urgent care physician was an incredibly good listener. I described my pain and he asked questions, which led to my revealing all the unusual episodes and symptoms I’d had in the previous year. The doctor finally looked at me and said, “I can’t order the tests I think you need. You need a new PCP who will hear what I’m hearing and refer you to a neurologist for some tests.” This wonderful human being connected me with another quality healthcare provider working as a PCP and I met with her the following week. My new PCP listened carefully to my laundry list of odd symptoms and said she agreed that I needed to be seen by a neurologist. She referred me right away, and I proceeded to the next point of my diagnosis journey.

The first appointment with the neurologist involved a physical exam and a long discussion about my symptoms. I felt like a crazy person, talking about all these random physical experiences, trying to describe loss of sensation, odd sensations, episodes that appeared to have no connection, yet I’m trying to make it seem like there’s a connection. I remember telling the neurologist that it was OK for him to tell me it was all in my head, and that if I was just going nuts, he should tell me so, and I would go get help for that. I felt like I was losing my mind and really didn’t know what was wrong with me.

The neurologist was thankfully very gracious in telling me he believed my story and that through the physical exam he could determine that there was, in fact, a change in my nerve sensations and reflexes. The first order of tests would be blood work and Magnetic Resonance Imaging (MRI) of my mid/lower spine to see if I had a tumor or some other growth putting pressure on my nerves. That was his first thought/concern. A tumor. He listed off about 4 other possibilities, including MS, but he didn’t think MS was likely at the time.

I have to take a moment here to address the emotional situation at this point. My husband and I were now on high alert that I was going to have a (potentially) malignant tumor on my spine. What would that mean? Is that better or worse than the 4 other chronic illnesses that the neuro listed off? Surely, if it’s a tumor, that can be removed. And if it’s cancer, I can fight that. Right? I want to fight whatever it is, and be finished with it. The other 4 options, including MS, felt like much heavier burdens. A lifelong sentence of steep physical and mental decline with no cure.

One of my neighbors growing up had MS. In the 5 years I remember being close with that family, the dad went from walking to a walker to a wheelchair. Ramps were installed in their home, and I remember thinking how hard that must have been. The girls talked about it being hard and how their mom had to take care of all three of them. I knew I didn’t want that to be my future- or the future my family would have to live with.

An MRI is an easy enough test to get through. I’m not claustrophobic and there’s only a little discomfort having to sit still or getting a quick needle stick for contrast infusion. The MRI technicians are not supposed to read the images or give patients any indication of what they see. I still feel like this is a disservice to patients. The delay in getting results from tests like these is torture. In this instance, the tech probably broke some rules. On my way out of the test, he said, “You did great, I think I’ll be seeing you again soon.” When I looked at him in shock, he said, “I noticed something at the top of this image. I think the neurologist will want pictures of your neck (cervical) and brain.” I nodded numbly and left to process (read: totally freak out about) things with my spouse until we heard from the neurologist.

The neurologist did call the next day and explained that there was a small lesion on my spinal cord at the top of the image that was taken. No tumor, nothing of note; except that little bit of lesion. We would need to do an MRI of my cervical and brain to see if there were more lesions. Those MRIs were longer, and the results showed that I did, indeed, have several lesions on my spinal cord as well as in my brain. The neurologist indicated that he believed I might have multiple sclerosis. Brain and spinal cord lesions can be a result of a few different chronic illnesses, so one more test would be required to confirm the neurologist’s hypothesis.

The final test to confirm a diagnosis of MS is a lumbar puncture (aka: spinal tap). Examining spinal fluid for the presence of oligoclonal bands would confirm the physical symptoms and MRI findings as consistent with a diagnosis of multiple sclerosis. This was, by far, the scariest test. I was prepped as if for a minor surgery. There were lots of directions to follow and several of those went along the lines of, “If ______________ happens, go immediately to an ER.” I was made to lay on my stomach on an operating table and given local anesthetic. I was uncomfortable and I was also terrified of the result. I cried through the whole procedure, and I can only be grateful for those kind nurses who held my hand and tried to be reassuring. The recovery from a lumbar puncture is also not fun. I was instructed to lay flat for a full day, drink absurd amounts of real cola, and hope I wasn’t one of the people who suffered from spinal fluid leakage, mega-migraine, or a half dozen other complications. Because the results of a lumbar puncture are slower to come back than some other tests, it was almost a week before we heard from the neurologist.

I got the call from my neurologist while I was waiting in car line to pick up my son. I pulled out of the line so I could focus on the conversation. The neurologist confirmed that I have MS and that we would need to schedule a follow up appointment to discuss treatment options. There’s no cure.

I quickly called a friend who was picking up her son and asked her to grab mine. I needed a few minutes to process what I had just been told. I needed to call my husband and my parents. In that moment, it felt like a death sentence; and in some ways it was. My life would be forever altered, my future instantly set on a different course. It was the death of the future I had long imagined for myself and my family.

The next appointment with my neurologist was to educate my husband and me about multiple sclerosis. We had Googled a ton, and stressed ourselves out, but we were prepared to hear more. The neurologist explained that he believed I had the relapsing remitting form of MS and that it appeared to be mild at the time. He recommended a treatment that would involve giving myself injections every other day in hopes of preventing future relapses and further permanent damage. We nodded our heads, and did what he recommended, and hoped that it would be enough to preserve my health and physical abilities for the years to come.

That is not, of course, how my story would end. The next chapter of my life with MS was fraught with complications and change. I will share more about that part of the journey in another post this month.

I would like to end by saying this. If you are suffering, don’t think you’re crazy. Don’t be pushed off by a healthcare provider who is not listening to you. You are inhabiting this one body you get in life, and if it’s doing unexpected things, keep seeking professional assistance until you have some answers that make sense. Oh! And never stop getting up.

NEVER stop getting up.